Its official! Spring has landed in London; Sunny warm weather is just around the corner. Enjoy free outdoor events in April in London, including the London Marathon, cultural celebrations and Easter activities.  There’s a whole load of other London happenings, openings and pop-ups to get involved in. As every month, we’ve put together a list of events to keep you occupied during your stay with us!

UNDERBELLY FESTIVAL IN SOUTHBANK – from 5 April to 29 September 2019

From London Easter Egg hunts and interactive family attractions, to a spectacular Good Friday performance and traditional Easter Sunday lunch, find Easter activities and opening times in London.  Keep the whole family entertained over the Easter holidays with the round-up of the best things to do during this Easter 2019 in London. 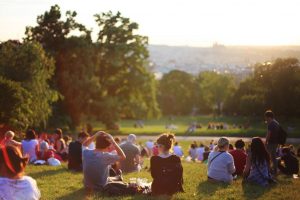 Kick off your St George’s Day celebrations at Feast of St George in Trafalgar Square, with a feast of English food, live music and free fun for everyone. The event promises a strong and varied live music programme with traditional and contemporary acts. Elsewhere in the square there will be an artisan craft market and interactive activities for all the family to enjoy. Plus a feast of food delights showcasing classic English fayre. 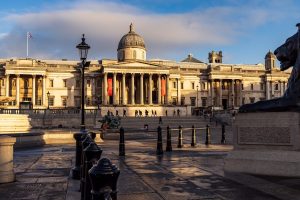 The Queen celebrates her 93rd birthday in 2019 and on 21st April – The Queen’s actual birthday, which she celebrates privately – the occasion is marked publicly by gun salutes in London. The 41-gun Queen’s Birthday Gun Salute in Hyde Park takes place at midday, followed an hour later by a 62-gun salute at the Tower Of London. It’s a spectacular show of pomp and ceremony and it’s also the only time when you will see horses legally at a full gallop in a Royal Park – with a ton and a half of cannon in tow. While the Queen’s Birthday Gun Salutes are held to celebrate her actual birthday on 21st April, there are further celebrations for her official birthday in June which is marked by Trooping the Colour. 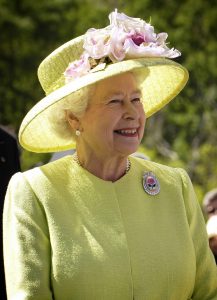 Join thousands of runners and spectators on the streets of London for the Virgin Money London Marathon 2019. Every year, more than 40,000 people run the 26.2-mile (42.2km) marathon through the streets of London. Some run for personal achievement, some to raise money for their favourite charity, and many run in outrageous fancy dress: from a giant shoe and a London bus, to superheroes and a wide range of animals. The Virgin Money London Marathon is open to all abilities, from beginners to professional athletes. Celebrities who have run the London Marathon in previous years include Chris Evans, Princess Beatrice, Gordon Ramsay, Agyness Dean, Jenson Button and even astronaut Tim Peake in the International Space Station. Visit the official website for more information.

SPRING ESCAPE SPECIAL – Make the most of Spring’s warmer weather and the longer days by staying at the Washington Mayfair Hotel with this sensational offer.

To spread the Easter joy even further, we’re leaving a special treat in your room on arrival – a lovely Chocolate Egg.

Full prepayment will be taken at the time of booking. The reservation is then non-cancellable, non- refundable. The Credit Card used and a valid form of Id must be presented on check in.

If the card holder won’t be present at the time of check in please contact the hotel directly to arrange this on reservations@washington-mayfair.co.uk 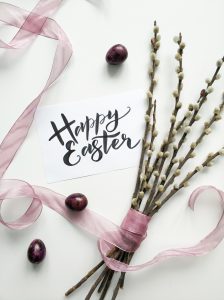