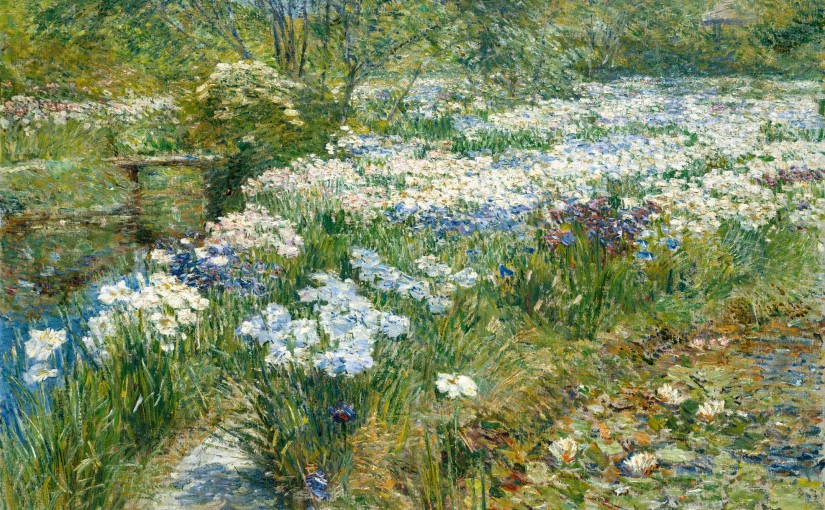 Easter has ended and a new month begins. London will be hosting a vast number of exciting and captivating events this April. The Washington Mayfair is a hotel that offers a perfect location to stay when visiting London. We also have some great suggestions on the top places to be each month. April is the month of the London Marathon, Circus Fest and so much more.

German-born composer Hans Zimmer is known as one of Hollywood’s most innovative musical talents. He has written and co-written over 100 soundtracks dating back to 1982 whilst being nominated for over 20 awards. Some film titles he has scored for include Rain Man, Da Vinci Code and many more classics. Having the chance to bear witness to this musical genius would be an opportunity of a lifetime. So don’t miss out by getting tickets to see Hans Zimmer live at the Wembley Arena either the 6 or 7th of April.

Who knew that gardens played such a pivotal part of the evolution of art. This April the Royal Academy of Arts will be hosting “Painting the Modern Garden” for the last month. Using Monet as a starting point, this landmark exhibition examines the role gardens have played in the evolution of art starting in the early 1860’s through to the 1920’s. Experience some of the most important Impressionist, Post-Impressionist and Avant-Garde artists of the early twentieth century. Ending on the 20th of April you should book your tickets today as this exhibit is proving to be very popular with both residents and tourists.

A Birthday Fit for a Queen

April 21st 2016 will mark the 90th birthday of the British Monarch. This is will be the first ever time that a reigning monarch will have reached the age of 90. Many events will be taking place not just in April but all the way through till June. Make sure you stay in a luxurious location when coming for the Queen’s birthday. The Washington Mayfair offers a beautiful and prestigious hotel in the finest location.

Be sure to wine and dine in Mayfair at the delicious Madison’s Restaurant. At the Washington Mayfair we can provide all of our guests with offers towards their dining experience. Find out more here. Afternoon tea has been part of our tradition at the Washington Mayfair since the hotel opened in 1913. Found out how you can get complimentary champagne here.